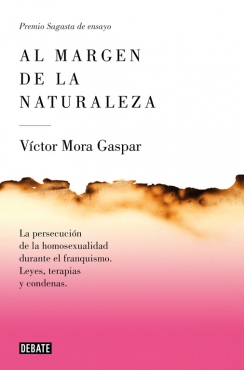 This book brings together scientific texts on male homosexuality that were published during Franco’s dictatorship. Medical science, psychiatry and the law of the time defined homosexuality as a pathology with terrible repressive consequences. During Franco’s regime, different scientific disciplines banded together to implant a legal and medical treatment meant to eradicate homosexuality, which was considered the most dangerous antagonist of hegemonic masculinity. This essay, elaborates a reflection on the interest political power has in strictly delineating masculinity and femininity. And these gender mechanisms used as implements of social control are still today one of the fundamental elements that we must focus our attention on in order to advance the suppositions of equality and democracy.

Víctor Mora Gaspar is a doctoral student in Humanities at the Universidad Carlos III in Madrid. His work has been recognized with the first Pilar Azcárate Prize (2015), and with the first Sagasta Non-fiction Prize (2016).