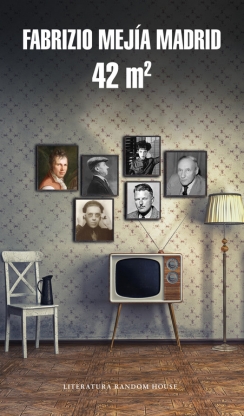 This novel begins with the narrator’s discovery that his wife has left him. In their apartment he finds emptiness, reminiscences and bookish memories that lead him to reflect on his feelings of abandonment. The vacant spaces of the apartment remind him of moments in his married life, as well as characters from the literary history that took place in similar domestic spaces: from the dining room where William Burroughs accidentally killed his wife to the dining room where Leon Trotsky, André Bretón, Diego Rivera and Frida Kahlo gathered amid discussions and sexual intrigue.