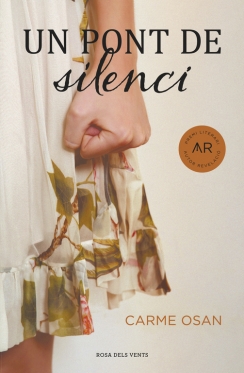 A magnificent novel set in Barcelona amongst the most important events of the 20th Century. Inspired by a true story, feelings take center stage in a narrative of family secrets, war, ideals and turns of fate.

“You have to smell good when you arrive, otherwise they’ll think they’ve hired any ol’ woman. We may be poor but we are clean!” When she looked in the mirror, the reflection she saw made her happy. As she stared intently, she heard her own voice: “January 26, 1932. Rosita, it’s the first day and the beginning of your new life – take advantage of it!” And the mirror reflected a wide smile.

“What’s going on grandfather? What happened to you? Tell me!” He came over, scared, gasping for breath and hardly able to speak. “Grandfather, you’re scaring me. Say something!”

Through two stories that unfold in Barcelona between the turbulent thirties and the end of the Franco regime, Carme Osan recounts the lives of Rosa and Angela, two women who will undergo personal events as tumultuous as the times they lived in. With an intimate narrative that shows the best and worst of what human beings are capable of, readers will witness the two protagonist’s love, friendship, hatred, lies, sacrifices and renunciations.

SPAIN – Carme Osan i Tort (Barcelona, 1958) has a degree in History from the University of Barcelona. More recently she has taken several courses at the Ateneu Barcelonès School of Writing. Bridge of Silence is her first novel.