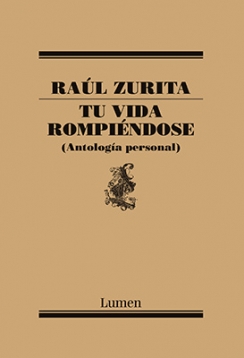 If in the 1970s anyone thought the time for poetry’s greatness in Chile had ended, Zurita appeared to demonstrate, from his very first book, that it was not, and that it all remained to be written. This personal anthology not only rescues the best of this unique poetic production, but through a new structure it also represents Zurita himself, making this book the great legacy of one of the most outstanding living poets in the Spanish language.

Raúl Zurita, winner of Chile’s National Literature Prize in 2000, is one of the most important Latin American poets of the second half of the 20th century. His works include Purgatorio, Anteparaíso, Canto a su amor desaparecido, La vida nueva, INRI and Zurita. He has received a Guggenheim grant and the German DAAD fellowship.