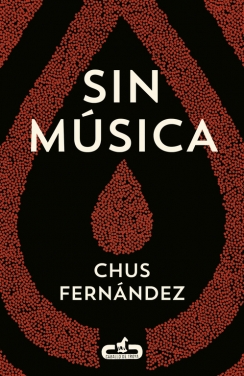 When do we figure out what is important and what should be abandoned? A boy, whose brother died in an accident years back and whose sister recently left home, spends a week vacationing with his parents in a town on the coast. To relieve his boredom and homesickness, he starts to write his sister an email every night: a chronicle of what is still in his thoughts at the end of the day, weighing on him. During the vacation he meets a girl on the beach and gradually learns that appearances can be just as unsettling as disappearances, and he finds himself trying to keep his life from becoming a collapsing scene he merely witnesses.

Chus Fernández is the author of Los tiempos que corren (Asturian Young Novelist Prize), Defensa personal (Tiflos Novel Award) and Paracaidistas. He is the editor of the fanzine Material de desecho. After two years as a writer-in-residence stay at Madrid Student Residence, he was awarded a creative scholarship in Barcelona. He is currently an editorial board member of Malasangre Ed.