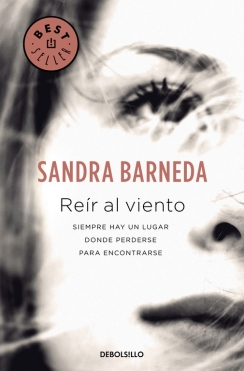 Sandra Barneda
Laughter in the Wind

Have you ever thought of losing yourself far away and look at your own life with some distance? Álex, a self-help writer who needs some help herself, decides to go to Bali to reflect on her life. On her journey, she will meet very enigmatic characters. But, unexpectedly, she will also find herself caught up in a murder.