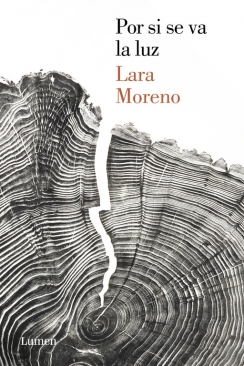 Lara Moreno
In Case of a Blackout

The return to the countryside as a means of survivalis what tinges the characters’ future with light andnostalgia. Por si se va la luz is a novel based on itscharacters: unforgettable people and how they areintertwined.

Lara Moreno (Sevilla, 1978) writes the blog “Guarda tu amor humano” and is one of the most striking new voices in Spanish prose. She currently lives in Madrid, where she works as a freelance editor and is considered to be one of the best emergingvoices of the Spanish narrative.