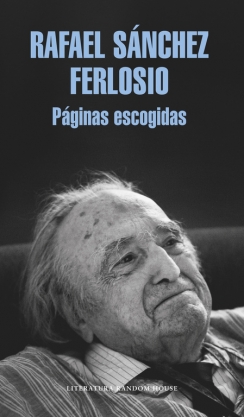 This collection is a wonderful journey through the work of Rafael Sánchez Ferlosio in its entirety, without discriminating between his many positions as a storyteller, essayist, lecturer, columnist and as the writer of scripts, or “shipwrecks”.

The wide-scale recognition that Ferlosio enjoys as one of the greatest Spanish-language prose writers is usually accompanied by a wide prejudice about the difficulty of reading some of his texts, given the supposed complexity of his writing style, characterized by its long sentences. This selection counters this criticism by gathering a series of passages which are typical of this complex style, but demonstrate an enjoyable adventure through reason and the power of language against fanaticism, stupidity and darkness; where the signature style is more of an incentive rather than an obstacle to enjoying reading them.