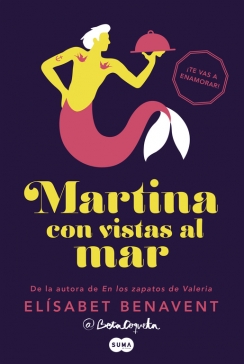 The first installment of Martina Horizon Series. Martina studied cooking, while having a relationship with Fer, one of her culinary techniques’ teachers. They decide to break up and, Martina receives a job offer to join Pablo Ruiz’s team, the head chef of El Mar, one of the most Avant-garde restaurants, with several Michelin stars. Pablo is totally not her type, but she feels great admiration for him and, why not, some attraction. This overwhelming connection leads Martina to do all sorts of crazy things, which will soon escalate in a dangerous love-game.