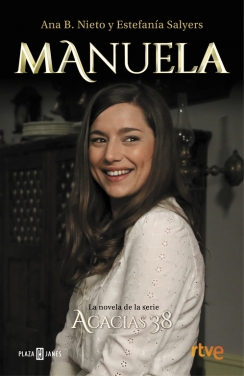 The thrilling story of how Carmen, a humble farmer’s daughter, became Manuela, the star of Acacias 38. Fate, tragedy, redemption, family and love are the subjects of Manuela, an exciting prequel to the television series that will captivate fans and convert new ones as the perfect introduction to the world of Acacias 38. Set at the turn of the 19th century, it tells the story of a group of servants and the upper-middle-class families they work for. An “upstairs, downstairs” story that reflects the convergence of two worlds in one place, the grand old house at Acacias 38.

Ana B. Nieto has a degree in Audiovisual Communication and has also studied Art History, Fine Arts and Advertising.

Estefanía Salyers works full-time for media outlets such as Cadena Ser and Onda Cero, and is part of MTV in London and Madrid.