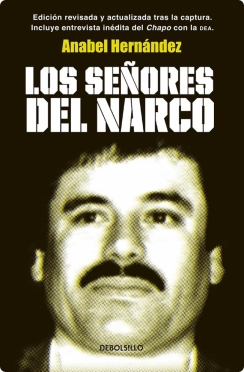 Los señores del narco is a no-holds-barred chronicle of the shocking complicity of high political circles, police, military and businessmen with organized crime in Mexico. Anabel Hernández got access, not only to countless documents —unpublished until today—, but also to direct statements rendered by authorities and experts on the subject, as well as by people involved with the main Mexican drug cartels.