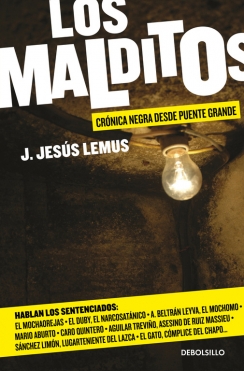 Jesús Lemus narrates his arrest, caused by a conflict that arose with the municipal authorities of La Piedad in Michoacán, where the author directed a local newspaper, El Tiempo. He was arrested by the Ministerial Police of Guanajuato (state adjacent to Michoacán) on May 7, 2008. He was accused of participating in organized crime and drug trafficking, after being tortured to confess being part of the cartel lead by Osiel Cárdenas Guillen, then to being a former member of the Zetas and, finally, of being the «chief» of a criminal group in Michoacán. When he refused to sign his confession, he was confined to the Center for Social Readaptation (CERESO) in Guanajuato, but a federal judge arbitrarily classified him as a high-security prisoner and decided to send him to Puente Grande. He entered this facility 20 days after he was arrested. In the preface, Jesús Lemus writes: «During these long days, flooded by the coldest solitude and the most oppressing anguish, I found comfort in the fact that I was a journalist. I started to imagine that I was in the midst of a great story and concentrated on recording everything that happened around me». This was, precisely, the seed that originated The Damned.

MÉXICO- J. Jesús Lemus Barajas (Mexico) has been a journalist for 24 years. He has worked as a reporter, chief of information, chief of writers and editor in different media.

In 2008 he was the victim of a conspiracy lead by the authorities in the middle of the turbulent «war against drugs» that Felipe Calderón launched. When his journalism work started to unsettle the Federal Government and its local allies in Michoacán, he was accused of taking part in organized crime and of promoting drug trafficking. He was sent to the Puente Grande Federal Prision, where he was confined for more than three years, even though there was no evidence against him.