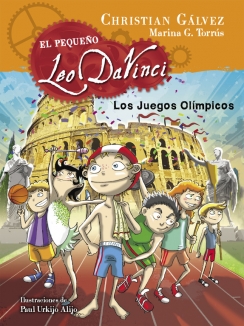 The Olympic Torch, that marks the start of the Youth Olympics to be held in Rome, has finally got to DaVinci. But something terrible has happened: someone has given a strange potion to the best sports stars in the city making them fall into a deep sleep from which they can’t wake up. Who is behind this mysterious phenomenon? Leo and his gang will have to take their spots in the Olympic Games as they try to unmask those responsible. Will they win any medals?