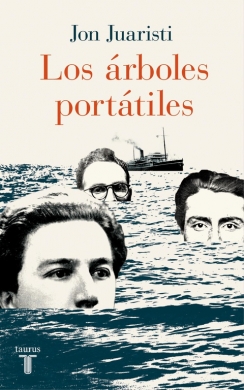 Filled with history, art, literature, adventures, journeys, and a collection of fascinating biographies, this book is many things at once     On March 25, 1941, the Capitaine Paul Lemerle, left Marsella, reopening the transatlantic trade route between Vichy France and its overseas colonies. Over three hundred people boarded to sail to New York. Among them, there were scientists, artists, international art dealers and intellectuals, including André Breton, Victor Serge and Claude Lévi-Strauss, along with fascism fugitives: Jews, Spanish refugees from the Republican side and left-wingers from different nationalities or tendencies.   The great cultural and political myths of the second half of 20th century emerged from those random encounters: the New Left, structuralism or the fusion of artistic avant-gardes with anticolonial movements. Now that they have all fallen into disrepute, it is enlightening to read about their origins.

Jon Juaristi (Bilbao, 1951) has published several books of non-fiction including El bucle melancólico (1997) which won him the Espasa Prize, the National Non-Fiction Award, and the Fastenrath Prize, and Sacra Némesis (1999). He is the former director of Spain’s National Library.