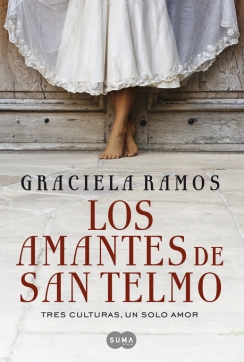 Three unforgettable characters live dramatic situations in the context of the yellow fever that ravaged Buenos Aires in 1871. Vittorio is the son of Italian immigrants in Argentina. Sayán is a Tehuelche Indian forced off her land by General Roca’s campaign. Pedro is the illegitimate son of a rich Buenos Aires family. These three characters breathe life to a passionate story that takes place during the Yellow Fever epidemic that decimated the city’s population in 1871. Anarchism, with its defense of workers’ rights, as well as the injustices committed against Indians and slaves as well as women, also add richness to this powerful and original novel.

Graciela Ramos was born in Devoto, province of Córdoba. Graduate of the Catholic University of Córdoba with a degree in General Management, she held different management posts In Marketing and Sales over many years until she decided that it was time to commit to her postponed desire to write. She is the author of the men’s fiction book El juego de la conciencia and the historical romances Lágrimas de la Revolución (Suma de Letras, 2013) and Malón de amor y muerte (Suma de Letras, 2014). Graciela Ramos, with a travelling childhood, ended up settling in Villa Allende, in the middle of Cordoba mountains, where she lives with her husband and children. There, with a fruitful orchard, she spends time doing what she most loves: cooking, reading and writing wonderful stories.