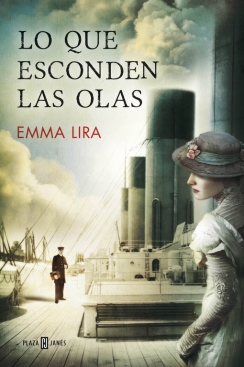 The captain of the Italian merchant steamer SS Siriois given some documents to protect with his life. The SS Sirio sinks on August 4th, 1906, off of Cape Palos, in Spain. A decade later, documents are still hidden in the Sirio, but a group of people will start a search for their own memories, and their own identities in an underwater tomb that continues to protect its secrets.

Emma Lira is a member of the editorial committee of the Geographic Society, and was a finalist for the 2011 Lara Prize. In 2012, we published her first novel, Búscame donde nacen los dragos.