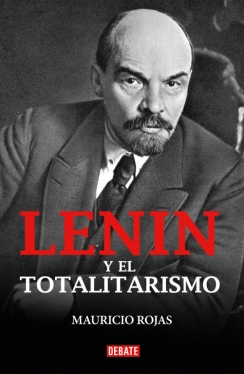 A critical analysis of the thinking of revolutionary leader Vladimir Ilyich Ulyanov “Lenin,” and how he contributed to laying the foundations of the first 20th-century totalitarian state.   One hundred years after the Russian Revolution, it deems myth the idea that it was Stalin’s massacres and “bureaucratic” drift that perverted the Russian Revolution. He suggests that the authoritarian drift had already begun in Lenin’s time and that his thought foretold what would happen if he came into power seeking an unprecedented political experience and the creation of a new social order.   Based on an exhaustive review of Russian despotism and the popular terrorism that was a response to the authoritarianism of the late 19th century, the author constructs a deep analysis of the creation and history of the Bolshevik Party and the “October Counterrevolution,” as a step away from utopia and towards terror.

CHILE – Mauricio Rojas Mullor (Santiago, 1950) is an economist historian and essayist. He was a member of the Swedish parliament, for the Liberal People’s Party, from 2002 to November 2008. In 2014 he assumed leadership of the Liberal Academy of Chile’s Fundación para el Progreso.