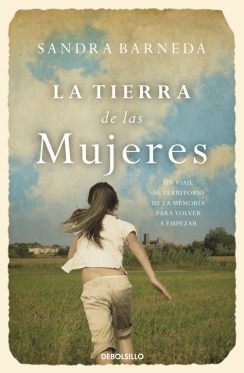 Sandra Barneda
The Land of Women

Three women, three different generations, and one only goal: to go back to the origins. What was supposed to be a touristic visit to Spain will turn into a brush with the past, and an experience of self-discovery. However, the biggest surprise will come in the shape of an invitation to be part of the Women’s Circle.