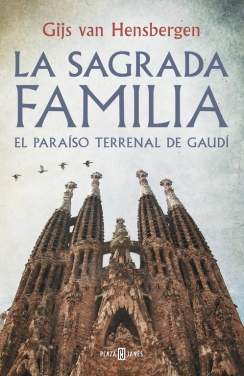 A suggestive essay on the great work of Antoni Gaudi, the Sagrada Familia. Antoni Gaudí is probably one of the most misunderstood architects in history. Using a slow and painstaking method, Gijs van Hensbergen has put together the complete biography of one of the most emblematic buildings of the last one hundred and fifty years: from its humble beginnings as an expiatory church to the construction of a cathedral with eighteen towers up to 170 meters high, which is scheduled to be concluded in 2026.

Gijs Van Hensbergen is of Dutch origin and resides in Dorset, England. He’s a professor of architecture, an art historian, a food critic and a Hispanist. He has published A Guide to Art Deco Style (1986), The Encyclopedia of Decorative Styles. 1850-1955, the travel guide A Taste of Castille (1992), Antoni Gaudí y Guernica: The Biography of a Twentieth-Century Icon. His relationship with Spain, which he has visited frequently and where he’s spent many seasons, dates back a long time and is also the origin of his interest in the life and works of Pablo Picasso and Antoni Gaudí.