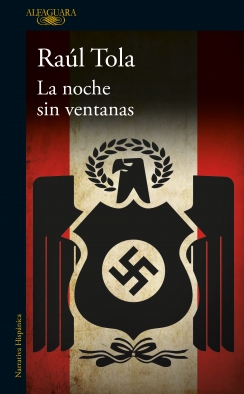 Madeleine is overcome by questions. After losing her parents and having to move from Lima to Paris, the Nazi Occupation will make her become a leader of the French Resistance. She doesn’t know it yet, but in the same city, one of her compatriots is also involved in similar things. His name is Francisco, he works at the Peruvian embassy in the French capital and he’s one of the most influential Latin American intellectuals of the time. He, together with a group of young people from similarly well-off families including his brother Ventura, the bible basher José and Víctor from Arequipa, founded the so-called ‘900 Generation that will have its moment of truth during the horror of the world wars as they face the consequences of their ideologies. We’ll find out how far they’ll go to defend them.

The Windowless Night is an ambitious portrayal in which Raúl Tola interweaves two genres to ask questions about the relationship between ideas and real life, where heroism can be found and where the place for intellectual honesty is in a climate of bombings and the terror of totalitarianism; all whilst singing the song of freedom.