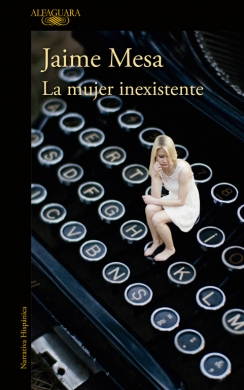 A story about ambitious novelists, keen for recognition and fame, delusional to the point of plagiarizing other works because of their desire for greatness. A no-holds barred story of a world of literature full of outward appearances, vested interests, hypocrisy and bad intentions.

Beatriz Mella, a mediocre writer and a teacher of narrative workshops, has for all of her life built relationships with the goal of literary recognition, fame, and posterity. Unfortunately, another writer – who she is in love with – unapologetically plagiarizes the novel for which she had so much hope and he has a resounding literary triumph with it. It appears like Beatriz’s life is destined for failure; in her relationship with the other writer, her student, his success is coming between them. Then Beatriz meets a first-class author who has nevertheless seen himself relegated from the top tier of the literary sphere. He is almost looked down on by those who once respected him, because of a strange selective amnesia which has made him forget everything about writing. And then the story restarts…

Jaime Mesa (Puebla, 1977) is a novelist. He has written the novels Rabia (2008), Los predilectos (2013) and Las bestias negras (2015), all of which were published by Alfaguara and earned their spots on Él Angél’s best books of the year lists for the newspaper Reforma. In his stories, he explores themes such as loneliness, anguish and existential uncertainty as well as the vices and obsessions of various human beings who, at first, don’t appear like they’ve got a story to tell. Currently he coordinates the School of Working-Class Writing and works with various newspapers and magazines with national circulations.