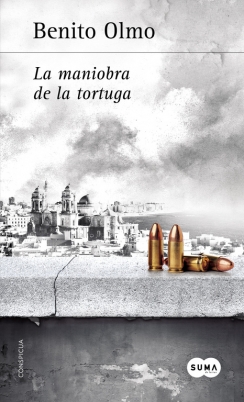 A crime novel set in Cádiz with various narrative threads that weave a web you’ll find impossible to escape.   Unfortunate events force irreverent inspector Manuel Bianquetti to accept a forced transfer to the Cádiz Police Station, which seems sure to be a quiet post until the corpse of a sixteen-year-old girl is found. Her violent death brings up memories of a past he is unable to shake. Despite the opposition of his superior officers, Inspector Bianquetti sets off on a solitary crusade to catch the murderer, following the trail of clues and evidence that may only be figments of his imagination.

Benito Olmo studied Spanish Philology and has played violin in the Manuel de Falla Conservatory Orchestra in Cádiz. He is the author of the novels Caraballo (2007) and Mil cosas que no te dije antes de perderte (2011), and he has traveled all over Spain with them under his arm, allowing him to reach a large number of readers.