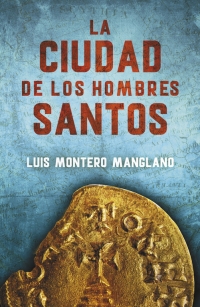 The third installment of the trilogy. A codex written in a strange alphabet, called the Rossignoli Codex, is stolen from the National Library of France, in Paris, and Tirso and Agent Lacombe are on the case. Tirso discovers that the thieves’ “modus operandi” is suspiciously similar to the methods used by the National Searchers Corps, and that the codex is the manuscript Tirso found when he was looking for King Solomon’s Table. This time, it is not only the survival of the Searchers Corps that is at stake, but also Tirso’s very life and the lives of his loved ones, not to mention the control of an unfathomable power hidden in the ruins of Cibola, a mythical city founded by seven monks who had a divine vision.

Luis Montero Manglano is a new energetic and promising voice able to settle his stories in a unique background and an insightful plot. He knows how to ration out mystery, and how to create unanswered questions as the action takes place.