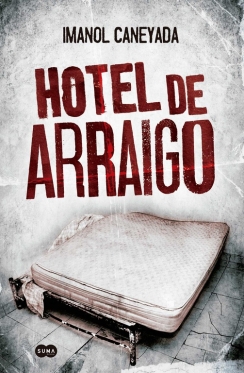 Arnulfo Lizárraga, an agent in the anti-kidnapping unit, is struggling as the breadwinner of a typical middle-class family. Gabriel García is a bored teenager, the only child of a businessman with ties to power. When Arnulfo is accused of having criminal ties, he is demoted and ends up in custody, just as Gabriel is kidnapped. Their lives then interconnect in a maelstrom of betrayal and violence that threatens to veer out of control. Hotel de arraigo deals with the mistakes, coincidences and absurdity in human relationships, in a climate where personal ambitions become  complicated by corruption, lies and greed.