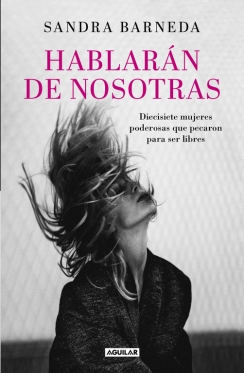 Sandra Barneda
They Will Talk about Us

A fascinating journey through a vision of history featuring women who glimpsed, in sin, an opportunity for freedom. Writer and journalist, Sandra Barneda travels deep into the realms of sin to reflect on the idea that women have always, throughout history, been linked to sinning. She analyzes the seven deadly sins and presents, in each case, seven women accused by history of being sinners, in order to elucidate whether they actually were or whether that was a survival tactic. Perhaps now, after reading this book, these women will end up being considered models of virtue.