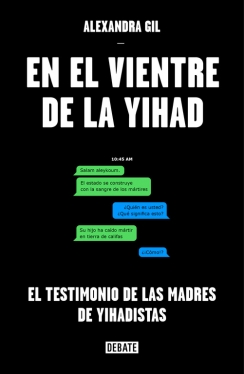 Alexandra Gil
The Wombs Of The Jihad

A look at Jihadism from a rarely explored perspective: the mothers of European who have become Jihadist and have to bear a stigma although they are the first victims   In September of 2015, the Islamic State counted among its ranks more than 1,700 French citizens and 470 Belgians. This harrowing book compiles the voices of seven mothers of French and Belgian Jihadists as they describe their children’s transformations and sudden moves to Syria or Iraq. Through their stories, the author manages to transmit not only the process prior to their departures, but also the scars left on these mothers and how they continue fighting to be considered by society as victims of this terrorism. The more skeptical mothers have abandoned that search for empathy and only aspire to condemn how they are suffering (in their neighborhoods, social networks, the media...) the stigma of a circumstance of which they are the first victims.

SPAIN – Alexandra Gil (Zaragoza, 1987) started as a journalist at the EFE Agency. Specialized in Global Terrorism, she has worked in French media outlets such as Streetpress and Meltygroup, where she was editor-in-chief, before starting her career as an independent journalist.