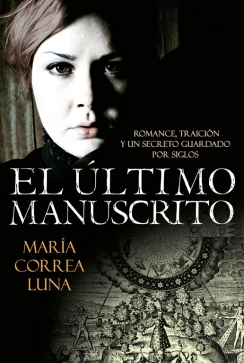 The first installment of the series. Emerio Beltrán, a famous media magnate, is found dead in the library of the Buenos Aires Zoo. His daughter Ana, a well-known forensic pathologist, has to identify the body and she brings Marcos Gutiérrez, the editor managing the Beltrán family publishing house Editorial Centauro, with her. Twenty-four hours later Ana receives news that her ex-boyfriend Máximo has also been found dead. In the instructions Máximo left in case of his death, he asks that Ana and Marcos attend his funeral in Madrid. They carry out his wishes, and there Ana receives a box that contains the key to a secret kept for centuries: apparently hidden beneath the Buenos Aires Zoo are books rescued from the burning of the Library of Alexandria, in the 3rd century. After finding the books in a secret room, Marcos disappears with a very special manuscript: the Emerald Tablet.

María Correa Luna is an Argentine communication studies expert and editor, and the great-greatgranddaughter of Eduardo Holmberg, one of the first directors of the Buenos Aires Zoo. This is her first novel.