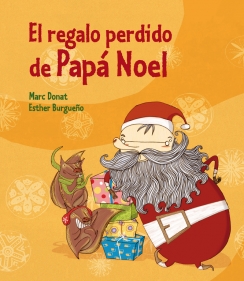 That Christmas Eve was the coldest winter night, and the most beautiful of them all. The snow covered the woods of Korvantatori from where Santa had just left on his sleigh to deliver presents to all the children of the world. While the seven reindeers pulled the sleigh to the starry sky, two little twin squirrels Gee and Golly played somewhere in the woods. All of a sudden, on a frosty path, the squirrels found a present very nicely wrapped with a red bow. It must have fallen off Santa’s sleigh! There’s no time to waste! Gee and Golly decide to return the gift to Santa, but they’ll need help from their friends Dippy, Renofonte and Mrs. Claus!