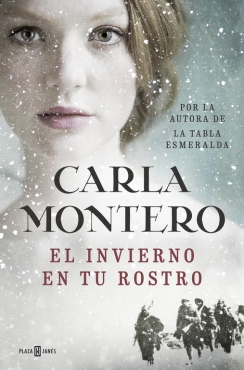 Carla Montero
Winter on Your Face

A love story between Lena and Guillén, two young Spaniards who fought on opposing sides during the wars that ravaged Europe over the first half of the 20th century. Lena and Guillén, stepsiblings, live a poor but peaceful life, but something unexpected happens one day: a plane crashes in the mountains. Two French pilots lose their lives and Guillén is the only one who manages to find the crash site with their remains. A widow of one of the pilots, Countess Úrsula Zalesca offers to take Guillén to France and to educate him. Lena and Guillén will cross paths at different points of their lives: the Spanish Civil War, Europe during World War II or when Warsaw was devastated by the Nazis. They are destined to be together but history keeps putting obstacles in the path of their love.