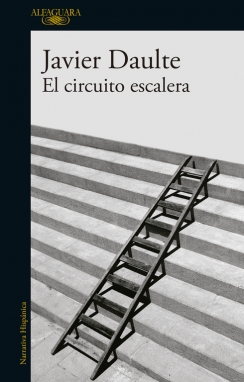 A successful theatre director, with a family in tow, suffers an existential crisis which he can’t get out of. The relationship with his teenage son underlies the whole novel with his aggression.

Walter, a successful theatre director, suffers a significant crisis. Divorced from Marina, with whom they had Martín, their teenage son, and now in a couple with Cristina, he keeps trying to live as he did in the past, surrounded by people who follow and admire him, but without believing in himself. His ex-wife is now pregnant, his current wife is also pregnant, and his son is off to Brazil to find himself after a strange episode of violence that is never clarified.

A hyper realistic and lucid tale about a handful of characters that together could well represent the modern Argentinian family, as well as treating the life of the artist, the successful creator who faces lots of questions and doesn’t often know how to answer. A debut novel that shows the creative maturity of its author, who has written for decades and published several books and theatre scripts.

ARGENTINA – Javier Daulte is a scriptwriter, dramatist and theatre director. His plays, all considered as dramas, have contributed to the revival of theatre in Buenos Aires and Barcelona, where his plots have introduced fantastical elements to very realistic settings, created by his skillful and believable dialogue. He runs acting and drama courses and seminars in Buenos Aires, Barcelona, Madrid, Caracas and Mexico and has participated in several international festivals. Some of his plays have also been adapted into films.