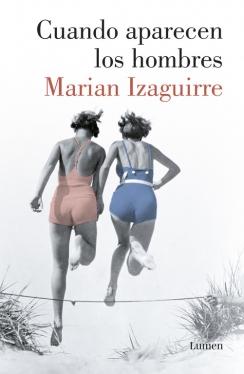 In the fullness of her career, Marian Izaguirre unveils the story of two women tangled by their secrets, pasts and destinies, despite the time that separates them.

Fencing, recipes, forbidden loves, loneliness and the fear of abandonment, along with the strength of complicity and the desire to know, unite the lives of two women who never met, but who share the same destiny.

A portrait of a beautiful, distant woman, -Teresa- who lived alone in a hotel by the Costa Brava, her childhood days with her mother Ángela -a lovely person whose heart was always open to love- and an old box filled with letters written in the early 20th century by a distant relative named Elizabeth.

The lives of Teresa and Elizabeth are the two time lines of the story; complemented by a third: the childhood of Teresa in Bilbao and her moving to the Mediterranean.