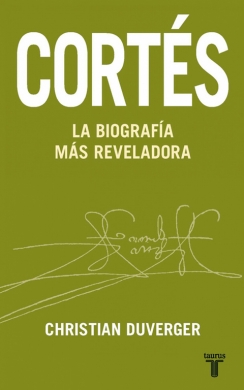 There is more to Hernán Cortés’ life than the two years of the conquest of Mexico. Cortés was once a child who grew to be a man of desires, ambitions, will and intelligence. He met with as much failure as success, and his profound reflections contrast with his more earthly concerns. We usually remember him as the person who introduced sugar cane and silkworms into Mexico, but he also explored the Pacific and discovered California, traded with Peru, reached the Philippines and offered them to Charles V in 1528.

Christian Duverger holds a doctorate from theUniversity of Paris, and currently collaborateswith the National Institute of Anthropology andHistory, the National Anthropology and History School, and the National Autonomous University of Mexico. Among his works are La flor letal and El origen de los aztecas. He was honoured with the Prix du duc de Loubat de l’Académie des Inscriptions et Belles-Lettres in 1983, and the Prix Georges Goyau del’Académie Française in 1988.