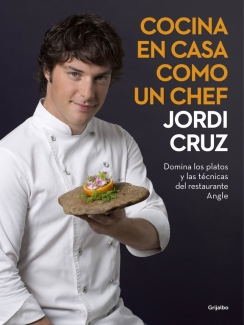 With four Michelin stars, Jordi Cruz is one of the most high-profile chefs in the field today   In this new book, he teaches the theory and practice of the latest trends in gastronomy, both in technique and ingredients. 75 creative recipes are explained step-by-step, revealing methods such as how to use foams to subtly introduce flavors, how to create perfect pairings, how to work with low temperatures, and how to steam cook with added aromas.   A cookbook inspired by traditional cuisine that makes use of the latest techniques to improve flavor, presentation, and bring out all nuances, based on dishes served at the Angle, a Michelin-starred restaurant for everyday dining.