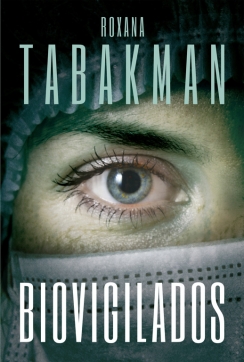 The prophetic story about when the boundaries between humanity and a virus epidemic become blurred. An electrifying medical thriller based on real facts.

Clara Fend, an Argentinian scientist in London, is the only person in the world that really knows what’s going when it comes to this new virus that could wipe out the human race. Faced with reservations from the scientific establishment, Clara proposes avoiding this tragedy by adapting strategies from the fight against terrorism - but her unauthorized solution is rejected.

Feeling trapped between the academic inertia and her moral duty to combat the threat of the virus, Clara, with help from her partner, a Japanese hacker called Ken, distributes her experimental vaccine illegally. But everything doesn’t go to plan and unforeseen mutations are spread through sexual intercourse. These genetically modified humans now create new security risks and predict an upcoming biological war. Clara must work with her hacker friend, the European police and her research team to find a way to stop the dangerous new epidemic all over the world.

Biopolitics, virtual sex, religious struggles, humanitarian hackers, mafiosos looking for new recruits and a woman who faces these challenges all in pursuit of an ideal public health system and with the help and the motivation of an unconventional love.

A clever story, with a fast rhythm and accessible language, which challenges readers to take note of today’s incredible scientific advancements. It asks the fundamental questions about the future of the human race in literary form and describes the latest advances in technology with clarity, understanding and a dose of suspense.

Roxana Tabakman is a biologist, scientific journalist, writer and hardened traveler. She sacrificed a lot of rats to study the brain and afterwards devoted herself to teach how science works. She knows all the places that she writes about, whether they’re European high-tech laboratories or poor neighborhoods in Bangkok. She is Argentinian and lives in Brazil.