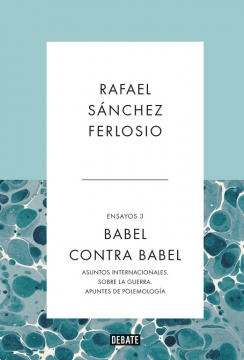 This volume, entitled “Babel Versus Babel,” gathers up all of Sánchez Forlosio’s articles on “international matters”, plus those that deal with war and re militari. The quality of his prose, the depth of his thinking, and a poorly concealed penchant for humor, keep these pages as vibrant, fresh, and stimulating as when they first appeared in print.