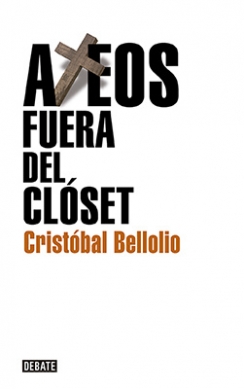 Cristobal Bellolio
Atheists Out of the Closet

A magnificent essay, both playful and caustic, that is filled with philosophical arguments for believers and non-believers alike. Cristóbal Bellolio, following in Hitchens’s footsteps, gradually shed the Catholic mythology that was instilled in him throughout his childhood. As an adult, after going through stages of faith, doubt and agnosticism, he began to feel he belonged to Chile’s freethinkers’ community.

Cristobál Bellolio was born in Santiago, Chile in 1979. He is a graduate of Law and Political Science from PUC, holds a Masters in Legal and Political Theory from University College, London. Since 2008 he has been a Lecturer in Political Thought at the Universidad Adolfo Ibáñez School of Government in Chile. He’s editor of the collection ¿Dónde está el relato? (Democracia y Mercado, 2011) and author of the book Renovation and Replacement: Why Political Change is Urgent in Chile as well as academic articles on freedom of thought. He is a regular contributor as a political analyst in the press, on radio and TV. His opinion columns are published fortnightly in the magazine Capital and weekly in the daily paper Las Últimas Noticias. In 2014  he published his book Atheists Out of the Closet.